Addressing the public gathering at Khel Parisar, Chouhan said that the dreams of the people have come true but the Opposition is unnerved. 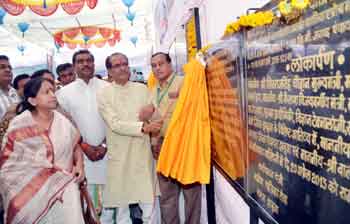 He further said that for the development of Bundelkhand every possible effort will be made by the government and so stress is on developing irrigation facilities and setting up of industries in this region.

He said grain production will increase substantially in Bundelkhand. Chouhan spoke about various schemes that are benefiting every section of society and people belonging to all age groups.

He said concessions in power bills have been provided to the farmers as well as the poor. The CM said the state government has provided every possible assistance to the state pilgrims in Uttarakhand..