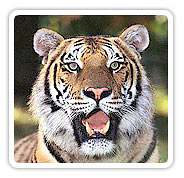 Casting shadow over the fate of the upcoming Ken-Betwa river link between Madhya Pradesh and Uttar Pradesh, Environment Minister Jairam Ramesh has said that it would have bearing on the Panna Tiger Reserve. "I was shocked to find that Panna Tiger Reserve is involved in the Ken-Betwa river link which is the only project (on inter-linking river) that has progressed so far," Ramesh said recently.

Ken-Betwa link will transfer excess water from Ken to Betwa through a 231-km canal. Only 18 km of the canal would be in Uttar Pradesh.

The critical observation by the minister has come close on the heels of the ministry''s rejection of coal mining proposals from Adani Power Ltd and Maharashtra Coal Company as they were adjacent to Tadoba Tiger Reserve in the state. "I have already intervened and rejected two coal mining projects near Tadoba Tiger Reserve in Maharashtra," Ramesh said indicating the course of action he is likely to take in the river linking project which threatens to submerge at least 140 hectares of land of Panna Tiger Reserve.

"The proposal for divergence of a chunk of land from Panna tiger reserve is yet to come up before the Environment Ministry. But it should not be given nod at any cost given the threat to the tiger habitat," wildlife expert P K Sen said.

He said it is the forest land in Madhya Pradesh that is going to be a casualty as out of 8,650 hectares likely to get submerged, 6,400 hectares are forest land and 2,171 hectares culturable land. Some of it falls under the Panna National Park.

Permalink Submitted by Nita Rana on Sun, 2010-05-09 10:00.
I am glad that The Ministry for Environment/ Mr Jairam Ramesh is taking a firm stands against the indiscriminate use of land for the so called "commercial Projects" in Maharashtra and else wheere. Wishing him the best in the endeavour to save the 6400 hectares of forest land in the Panna Forest land - tahts a huge amount of forest at satke which should deefinitely not be allowed. And river linking project - is its selfa big question? how does it really help and interference with natural water sources, sometimes leads to a permenent dissaperence of that water source. and i fully endorce the by MR P.K Sen "The proposal for divergence of a chunk of land from Panna tiger reserve is yet to come up before the Environment Ministry. But it should not be given nod at any cost given the threat to the tiger habitat," wildlife expert P K Sen said. I hope we can all save the panna Forests and forgrt the linking canal, with aforestation we would have more rains and more water, the canal would be only a temporary relief to water bereft areas bu at the cost of rivers drying up in the future? and the forest that would surely be nurturing the water source ? thans Nita Rana

I agree With Nita Rana,as today there is diversion of ken water to betwa which reduce ken river water and thus the style of life around ken...
so i complete in oppose of such interlinking.
as it add water to betwa then what happen ken water reduce which pull the life towards ken and when ken is in its full flavour the life suffer to whom you call floods