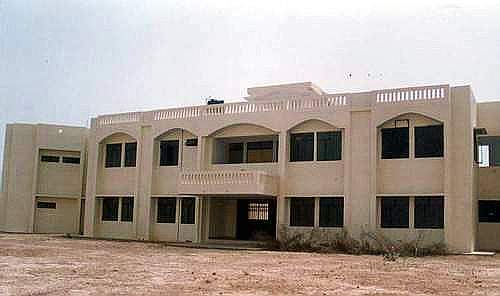 This seat of higher education came into existence on July 15,1997 in the name and style - 'Government Degree College, Maudaha (Hamirpur) U.P.' the college is institution established and financed by the State Goverment. Administratively by the college comes under the direct control of the Director(Higher Edcation),U.P. Higher education directorate, Allhabad. However for curriculum and examination purposes, it is affiliated to Budelkhand University, Jhansi.

Being the higher education institution of Tehsil (Taluka), the college caters to the needs of those students of Maudaha and adjoinning villages who are desirous to become graduates. The college at present, offers three year degree programme in Arts stream.

Students passed Twelfth(12th) are admitted to B.A. part one is the month of july and examination are conducted by the University in March-April every year.

The college lays great emphasis on discipline and expects students to abide by the rules of discipiline, in and outside the classroomes. Ragging is completely prohibited and is a punishable offence.

With a view to orient student to community services the N.S.S. was started in 1969 in Mahatma Gandhi's Centenary year.The college has two units entrolling 200 Male/Female volunteers.Besides one day programmes of shramdan, plantation, health & sanitation, Special ten day's camp are organised every year adopting a particular village of nearby area.

This year village 'SINJORA' (Banda Road) was selected and 100 girls and boys camped there for 10 days.The villagers were very much impressed by the selfless service of students.

Under the dynamic and inspiring leadership of its principal Dr. Farhat Husain, M.Com.(Bus.Adm), Ph.D.(Com.) the college has ragistered impressive performance. After his joining as the Principal in july 2000, the college made tremendous progress is every sphere.

Games and Sports facilities, though on a limited scale are provided to students.Annual atheletic meet is organised every year.
Races, throws, jumps are the main attractions of the programme.

A Delhi based NGO- 'S.J.Jindal' Trust awarded scholarships to talented but financialy weak students of our college. Deserving candidate are assisted through Poor Boy's Fund of the college. Besides freeship in tution fee.

Every subject has its association organising debates, G.K. comptition and other cultural and academic programmes regularly.

Extention lecturs are organised from time to time.

Library and reading room facilities are provided to students.

Councelling programme is organised to help students to plan their future.

Five students of the college were recruited in varios dependsts such as CRPF,U.P.P. .

The college is being run in a backward region with limited resources.

Even then the college administration is doing its level both to spread higher education in the area in general; and in female, socially downfrodden and minority community in particular.

As for as MAUDAHA town is concernd, it is a Tehsil head quarter of Hamirpur district, situated at Kanpur- Sagar highway and Kanpur-Banda rail route, about 100 km. southwest of Kanpur.