A change at the helm in the water resources ministry seems to have done a world of good for the Ken-Betwa river interlinking project that has become the new priority of the ministry.

The target now is to include the ambitious project -- the first of the controversial interlinking projects -- in the 12th five-year Plan which will start in April 2012, around the same time as the Uttar Pradesh elections. It will give a leg up to the Bundelkhand package that was announced following several trips Congress general secretary Rahul Gandhi made to the area. Water is a key component of the package for the drought-hit region. 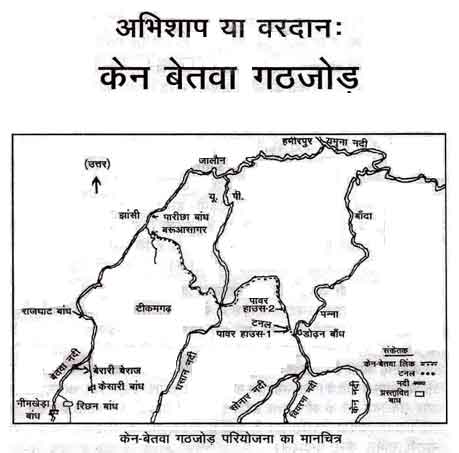 The Ken-Betwa project envisages diversion of 1,074 million cubic metres of surplus water from the Ken basin to the Betwa basin.

"The detailed project report (DPR) had been sent to the two states (Uttar Pradesh and Madhya Pradesh) in 2009. We are following up on it and trying to build a consensus. Teams of the National Water Development Agency will be sent to convince the states," said a senior official of the ministry.

The Rs 9,393-crore project (as per 2008 estimates) was first conceived in the 1980s but it was in 2000 when the project was given proper shape. It will be an irrigation boon for Banda, Mahoba and Jhansi districts of Uttar Pradesh and Chhatarpur, Panna and Tikamgarh districts of Madhya Pradesh. In the 2009 Lok Sabha elections, Congress won from the Jhansi constituency and the first-time MP, Pradeep Jain Aditya, is a minister of state. But the party lost the assembly by-election for the seat he vacated by a narrow margin. [..]