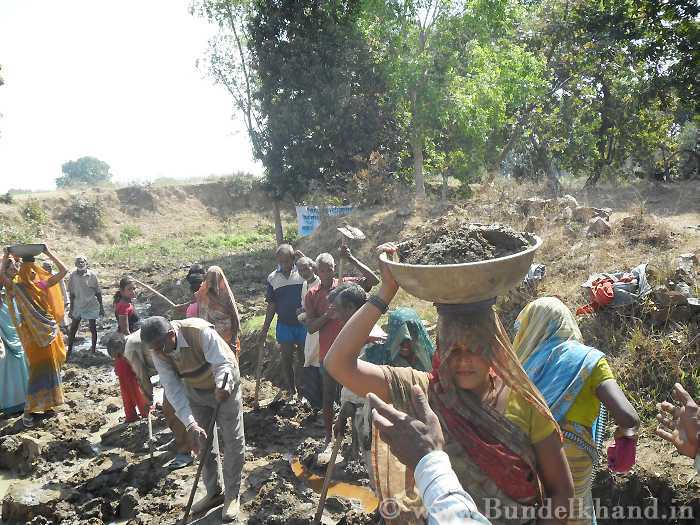 The much lauded schemes like MGNREGS and Public Distribution System (PDS) have failed to benefit the poorest Dalit households in Bundelkhand region. According to a survey, over 52 per cent of the poor and needy households in the backward region of Bundelkhand did not get a single day of employment under the MGNREGS last year. The average number of days of work under MGNREGS in Bundelkhand is barely 20. This number is 21 days in Chitrakoot district, 19 days in Banda, 9 days in Mahoba, 26 days in Hamirpur and 31 days in Lalitpur district. In PDS scheme also, 63.5 per cent of the poor Dalit families in the region have no access to PDS grains in any category.

These are the findings of a performance audit survey of the food security schemes, conducted by the Centre for Environment and Food Security. The survey covered implementation of 10 schemes like the MGNREGS, Public Distribution System, Integrated Child Development Scheme (ICDS), Mid-day Meal (MDM), Old Age pension, National Family Benefit Scheme, Annapurna Yojna, National Maternal Benefit Scheme and Swarn Jayanti Grameen Swarozgar Yojna. The survey was carried out across 130 villages in 12 districts of Bundelkhand. According to CEFS director Parshuram Ray, the findings have also been submitted in the Supreme Court, which is hearing a PIL filed by the centre on misappropriation of funds under MGNREGS.

Talking to The Indian Express, while presenting the report in the state capital on Tuesday, Ray said, “While the much publicised schemes have failed to support the poor Dalits, the lesser-known schemes hardly have any takers.” According to the findings, there are only 3 beneficiaries of the National Maternity Benefit Scheme, two in Mahoba and 1 in Lalitpur. The scheme, launched in 2001, aims at providing nutrition support to pregnant women and provides a one-time payment of Rs 500 to the beneficiary, 12 weeks before the delivery date. In 2005, NMBS was merged with Janani Suraksha Yojna but its benefits were retained.