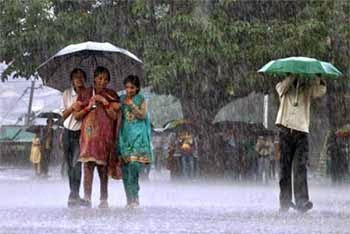 The already serious agro-ecological crisis in Bundelkhand region has aggravated recently by untimely excessive rain and hailstorms. With crop damage (wheat, paddy and oilseeds) in many villages ranging between 50 to almost 100 per cent, many families are migrating. Villagers face prospects of hunger and denial of basic needs. Suicides and trauma deaths among farmers are being widely reported almost every day. In a single district, Banda, for example, about 40 such deaths were reported in about six weeks. Lakhs of villagers face very grim prospects.

In the popular mind Bundelkhand is the land of Jhansi Ki Rani and Khajuraho. It has many-sided potential of development based on protection of rich bio-diversity, water-conservation and protection of traditional water sources, empower-ment of women and channelising the fabled grit and determination of people into creative and constructive expressions. Due to the absence of such efforts, the reality today is of many-sided ecological ruin, water shortages, indebtedness of farmers, increasing crimes including crimes against women.

With a population of about 15 million Bundelkhand is spread over about 69,000 sq. km. of land in seven districts of Uttar Pradesh (Chitrakut, Banda, Jhansi, Jalaun, Hamirpur, Mahoba and Lalitpur) and six districts of Madhya Pradesh (Chhatarpur, Tikamgarh, Damoh, Sagar, Datia and Panna).

During the last 15 years Bundelkhand has been almost constantly in the news due to the prolonged drought conditions, erratic weather behaviour, acute distress of farmers and widespread hunger/malnutrition. As all this has been reported at a time of widespread concern over climate change, predictably Bundelkhand became a much discussed example of ‘climate change at work’.

The climate change-related factors have been aggravated by reckless destruction of forests, highly destructive mining practices and spread of ecologically harmful farm technologies. All these problems have been  aggravated by massive and systemic corruption.

It is against this background that the impact of the recent highly adverse weather conditions, particularly heavy unseasonal rains and hailsto-rms, should be seen. Speaking in the context of the Naraini block of Banda district where a voluntary organisation, Vidhyadham Samiti, works, its coordinater Raja Bhaiya says: “Between mid-February and first week of April that were three rounds of heavy hailstorms. The hailstorms were heavier than normal, heavy enough to cause injury. Many birds died in hailstorm. In addition there were about twenty days of rainfall, usually heavy rains, at a time when rain is not expected and is harmful for crops. So even when plants have not flattened, the grain or seed formation is not there. In such conditions damage can be very heavy.” Similar conditions have been faced in many areas across Bundelkhand.

This heavy damage has been inflicted on the already indebted farmers. In Gahabra village (Nariani block of Banda district) when I asked in a group meeting what percentage of households are indebted, they said almost everybody is indebted here and the loan size is generally not less than Rs 1 lakh. It can be much higher. A former pradhan of this village, Ram Bahadur Singh, said he had a debt of Rs 14 lakhs as the system of compound interest unjustly inflicted on farmers leads to a rapid escalation of a much smaller principal amount (original loan). When I visited Maanpur village in the same block to meet family members of a farmer who had committed suicide, they told me that this farmer, Rajeram Yadav, had been a former pradhan of this village. Even he had to subsequently migrate to Delhi to work at a construction site. He didn’t earn much there, and came back to the village hoping to earn enough from his ready to harvest crop to pay for a pending marriage in the family. But when he saw the ruined crops, he hanged himself from a tree in the fields, leaving behind his wife, three children and mother to cope with the debts.

If even former pradhans have reached such desperate situation, one can imagine the plight of ordinary farmers who are oppressed at several levels including a highly exploitative rural credit system. Apart from the private moneylenders or sahukars, even banks function in several ways as exploiters—forcing farmers to pay commissions and bribes through a network of unauthorised agents, charging farmers compound rate of interest and employing ‘goon’ agents to recover money humiliating farmers in the process even in difficult times. Contrary to the publicised image of benevolence, the rural credit system actually functions in a highly unjust way, complementing the private sahukars in trapping farmers to such an extent that many of them lose real or effective control of their land.

This already critical situation has been aggravated hugely by untimely excess rain and hailstorms. The previous two crop seasons (kharif and rabi) were also marred by adverse weather conditions. The government’s response is mainly in terms of compensatory payment. There are numerous complaints of delays, discrimination and lack of just evaluation due to corruption. People of three villages we spoke to said that they had not been paid yet even for the crop damage in the previous two years. Another serious anomaly is that sharecroppers (bataidars) and those who lease in land by paying cash are so far not getting compensation payments. In addition insurance payments are not made to the overwhelming majority of farmers despite premium being deducted from credit cards. This itself is a huge racket involving very senior politicians, officials, banks and insurance companies. No one has bothered to explain why insurance payments were not made even when the damage has been very acute.

However, even if all compensation is made satisfactorily at the rates announced by the government, the harsh reality is that this will be much less than even the farming costs incurred. Sharecroppers and leasers may not get anything at all. Farm workers deprived of livelihood are also not getting any compensation.

So a compensation based response is likely to be inadequate. What is needed in these difficult times is that all government programme for rural areas, for farmers and the landless should be stepped up and improved, with special emphasis on rural employment and food security. The MGNREGA should be stepped up greatly to provide employment in the villages for water conservation, bunding and improving greenery. Public distribution system and anganwadis should improved. Mid-day meals should continue in an improved form even during the summer vacation and cooked food should be provided at least once a day also to the elderly people with little or no family support (including elderly parents of migrant workers). The rural credit system had to be improved in many ways to provide relief to farmers. Land alienation, caused by indebtedness, should be strictly checked. Help should be provided in time for sowing the next crop but farmers are apprehensive of the newly introduced changes for this.

The scaling up of the government’s efforts should be accompanied by strict measures to check corruption. At present even in these very difficult times a lot of corruption is taking place in rural employment, food security and other most significant programmes.

In addition to the government’s efforts, the efforts of the NGOs, people’s organisations, professional organisations like those of traders, teachers and officials should be involved to contribute to the reduction of distress of farmers. A practical suggestion would be for them to contribute to setting up grain banks in villages. This can be started by a contribution of two quintals of wheat (costing about Rs 3000). A grain bank committee of local people (including women) can be set up in a village and this committee can ensure that free grain reaches the needy families in time. Vidyadham has already initiated this with the help of Action Aid.

Relief has been announced for families of farmers who have committed suicide or met an untimely death due to trauma (sadme se maut) caused by crop destruction. This should reach the affected families in a way that doesn’t hurt their dignity and they don’t have to ask for this time and again. Further follow-up action is needed to ensure that the widows and their children do not face any injustice or oppression.

In Sijahri village of Kabrai block (Mahoba district), a physically disabled widow, Uma Devi, is facing a highly unjust situation. Her husband, Rai Bahadur, of Bilkhi village died due to trauma caused by massive loss of crop. She and her father, Ram Sahodar Rajput, explained that Uma alone with her two small children was thrown out of her husband’s house by her husband’s elder brother who wants to grab her land. He is being helped by some influential local people. Unless the administration comes to the timely help of Uma Devi, she may lose whatever land assets she has to bring up her children.

Suman Raigwar’s husband, Chanchal Raigwar, died in Pirpa village (Chattarpur district), unable to bear the shock of crop loss. Excess rain and hailstorm have also damaged her house badly. A big chunk of her land has passed into the hands of moneylenders. How will she survive with her two children? Neither Suman nor Uma has received any help or assurance so far from the government.

In addition, there are several other widows and single women who need special help to be able to cultivate their land and survive. Kalavati (Kusma Rajpur village) lost her husband in an accident. She has been working hard to bring up five children, but all her efforts to get a pension have not succeeded. In such well-deserving cases, pension and social security should be available promptly.