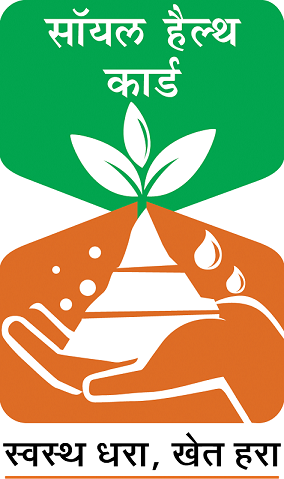 Agriculture since ages is the mainstay of the Indian population. The story of Indian agriculture has been a spectacular one, with a global impact for its  multi- functional  success  in  generating  employment,  livelihood,  food,  nutritional  and ecological security. Agriculture and allied activities contribute  about 30 per cent to the gross  domestic product of India. The green revolution had heralded the first round  of  changes.  India  is  the  second  largest    producer  of  wheat,  rice,  sugar, groundnut as also in production of cash crops like coffee, coconut and tea.

India is now eyeing second Green Revolution in eastern India. The need for enhanced investment in agriculture with twin focus on higher quality productivity and welfare of farmers is rightly emphasized from  time to time by the Prime Minister Narendra Modi.

In the  entire  scenario,  importantly the Narendra  Modi  government  has  laid emphasis  on  the  awareness  campaign  and  enhanced  agri-knowledge  for  the farming community. But besides the measures to improve minimum support price and assistance like improved irrigation and rural electrification, the incumbent NDA regime has laid emphasis on the Soil Health Card Scheme.

Launched by the central government in February 2015, the scheme is tailor- made to issue ‘Soil card’ to farmers which will carry crop-wise recommendations of nutrients and fertilizers required for the individual farms. This is aimed to help farmers to improve productivity through judicious use of inputs.

In the words of the union Agriculture Minister Radha Mohan Singh, this path- breaking initiative would create a golden opportunity for the farmers to improve the productivity of their crops and also go for diversification. This will certainly contribute significantly to ensuring food security of the country.

Awareness of soil health position and the role of manures would help in higher production of foodgrains in eastern India too and this would help tackle the decline in production in central and peninsular India. The growth in foodgrains, rice and wheat, from eastern India would provide an opportunity to procure and create

foodgrain reserves locally. This would reduce the agricultural pressure on Punjab and Haryana as well.

Essentially, the Soil Health Card scheme is modeled on a successful programme launched by Prime Minister Modi during his tenure as Chief Minister of Gujarat.

In fact from 2003-04 itself, Gujarat has been the first state to introduce Soil Health cards, according to government sources, to initiate the scientific measures for Soil Health care. In Gujarat, over 100 soil laboratories  were set up and the result of scheme was found quite satisfactory. To start with, the agriculture income of Gujarat from Rs 14000 crore in 2000-01 had gone up to staggeringly high Rs 80,000 crore in 2010-11.

In July 2015, the union Agriculture Minister Radha Mohan Singh said that for the first time, a massive agricultural population of 14 crore card holdings will be covered once in a cycle of 3 years to promote soil  management practices and restore soil health.

To state a truism, this is a timely intervention as aggressive farming coupled with absence of any concrete step to bring new lands under cultivation has already affected yields and deprived farmlands of valuable  nutrients.  Experts and agri scientists have often said that a likely famine and drought stare various parts of India.

Thus it goes without saying that if necessary corrective steps are not taken, there could be food shortage in next 10 years time span.

Experts also talk about the importance of genetic food cultivation calling for lot more variety in the land. The  Agriculture ministry maintains that the emphasis should be to develop more and more pulses and green vegetables as this can bring in inherent resilience in the land. According to renowned expert and the ‘father of Green Revolution’, M S Swaminathan, there is need to opt for wide range of crops cultivation.  The  awareness  of  soil  health  conditions  would  only  make  these operations easier and more result oriented. The studies of soil across the states also show that there’s need to promote alternate crops like pulses, sunflower, bajra, or fodder and vegetables.

Thus we realize that the Soil Health Card mechanism definitely aims to help herald  some  essential  revolutionary  changes  and  salutary  effect  in  country’s agricultural scene. There are actually many  path-breaking initiatives associated with the scheme.  Under  this,  the  government  can  help  farmers  adopt  crop diversification. Farmers would understand the fertility factor of the land better and can be attracted towards value added newer crops. This would help reduction in risk in farming and also the cost of overall cultivation process would get reduced.

“This is  a  single,  generic,  uniform,  web  based  software  accessed  at  the link www.soilhealth.dac.gov.in,”  the  Agriculture  Minister  Radha  Mohan  Singh said on the completion of one-year of office of the Modi government in May 2015.

The official sources in the Agriculture ministry say that the Soil Health Card portal aims to generate and issue Soil Health Cards based on either Soil Test-Crop Response (STCR)formulae developed by ICAR or General Fertilizer Recommendations provided by state Governments.

The scheme has been approved for implementation during 12th Plan with an outlay of Rs.568.54 crore.  For the current year (2015-16) an allocation of Rs.96.46 crore – only for the central government share-has been made.  The scheme is to be otherwise implemented on 50:50 sharing pattern between Government of India and state Governments.

In order to improve quality of soil and ultimately for better nutrient values and higher yields, experts say while at present, general fertilizer recommendations are followed by farmers for primary nutrients, the secondary and micro nutrients are often overlooked. “We have often come across deficiency of nutrients like Sulphur, Zinc and Boron. This has become a limiting factor in increasing food productivity. The Soil Health Card scheme will address these,” says Agriculture Radha Mohan Singh.

The government is effectively marching in quite ambitiously for a grand success of the Soil Health Card  scheme and proposes to ensure that all farmers in the country have their respective Soil Health Cards by the year 2017. In the first year of NDA regime 2014-15, a sum of Rs 27 crore was sanctioned and in 2015-16, there is an allocation of Rs 100 crore to all the states to prepare soil health cards.

By: Nirendra Dev is a Delhi based journalist