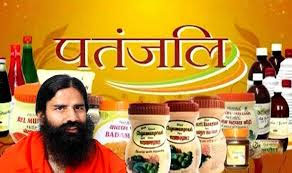 Yoga guru Baba Ramdev, promoter of the Patanjali brand, wants to invest in drought-hit Bundelkhand and has approached the Samajwadi Party government in Uttar Pradesh for support. The seven districts of Bundelkhand — Banda, Jhansi, Hamirpur, Mahoba, Chitrakoot, Jalaun and Lalitpur — have been reeling under severe water-scarcity for the past six months and the rural economy there is crippled by three consecutive droughts and bouts of unseasonal hailstorm.

Ramdev’s interest in Uttar Pradesh comes days after he offered to set up units for its products in Bihar. Last week, he also announced that he would set up a food-processing park and cow research centre in Madhya Pradesh.

The guru expressed his willingness to expand his food business in Bundelkhand during a meeting with Chief Minister Akhilesh Yadav in the U.P. capital on Sunday.

According to an official spokesperson, apart from praising the work done by the SP government, Ramdev also sought its aid in allowing him to turn Bundelkhand into a flourishing belt of green vegetables, fruits, medicinal plants and herbs. “It is possible to have a good produce of herbs, aloe vera, amla and even fruits and vegetables like tomato, peas, etc. in Bundelkhand. The areas near the numerous dams in the region can be used for cultivation. The initiative will be beneficial and profitable for farmers,” Ramdev told Mr. Yadav.