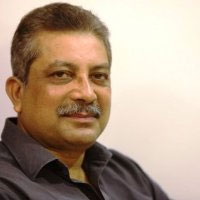 Activists Yogendra Yadav of Swaraj Abhiyan and Harsh Mander are angry at the media for rendering the drought in Bundelkhand invisible with scanty coverage but distress did not hit one in the face as one drove through Jhansi, Tikamgarh, Chhatarpur and Panna districts of a region that straddles Uttar Pradesh and Madhya Pradesh and was notorious at one time for competitive mass-killings by caste gangs.

The palette of brown, green and yellow is indeed misleading. There were stretches which farmers had ploughed but refrained from sowing the rabi crop when winter rains had failed to materialise. But there were also swathes of sunny mustard and verdant wheat, irrigated by trickles of water from tube wells in areas abutting ponds, lakes and rivers. A mid-January shower has helped. But it is unlikely that wheat sown as late as December will produce full-sized grains as the heat builds up. Yields and quality of both crops will suffer. It is doubtful whether farmers will recover little more than the money they have invested.

The worst will happen if relief is not provided, but one did not come across drinking water pots lined up at hand pumps, one did not hear reports of people eating rotis made of grass or leaves despite being taken around by a Swaraj Abhiyan volunteer, who could not be expected to play down the distress. Examples cited by Yadav and Mander are of extreme distress—and the exception. Post-graduate students of social work who were doing surveys in 64 villages of 32 tehsils for Swaraj Abhiyan reported no sowing in a hard-to-access tribal village; others estimated sowing in the range of 30-70%. But crops looked weak, they said. They also saw locked houses where residents had migrated for work, as there was little local agricultural employment.

Diesel sales at a petrol pump at Luhari, in Jhansi’s Mauranipur tehsil, conveyed a mixed picture. The quantity sold between October and December 2015 was 123,000 litres less than the corresponding period in 2014. But between last June and September, sales were higher in three out of four months over the year-ago period. Pump manager Raju Pal said agricultural consumption (for tractors and pumps) had indeed declined. But trucks and buses had more than made up as diesel in UP (Jhansi) was cheaper than in MP by Rs 2.41 a litre.

But one picture was telling. At Rajpura village in Jhansi’s Bangra block, farmers were growing crops on the bed of the Pachwara dam—that too in patches. The 30-foot high dam had little water; instead farmers were drawing water with pumps from tube-wells. At the edge of dam, Parmanand Kushwaha, a share-cropper, had taken a chance with irrigated wheat in the expectation it would at least serve as fodder.

Unlike Marathwada in Maharashtra, which faced a drought last year, Bundelkhand has poor infrastructure (like check-dams). Repeated monsoon failures have weakened its capacity to cope. Records at Saprar dam in Bangra block—built during the First Five-Year Plan—show severe monsoon deficiency in seven of the past 15 years. There were years when it had rained 1,064 mm and 622 mm and others when it was 265 mm and 347 mm. The year 2008 received 965 mm, a level not seen since. In 2014, it rained 290 mm. Despite the severe shortfall, people could cope, because the reservoirs had been recharged by 827 mm rainfall in 2013. While 2015’s rainfall of 327 mm was higher than that of the previous year, it caused greater hardship because reservoirs were depleted. Hailstorms and aberrant rains around March-April had destroyed standing crops. The dam has not reached the full supply level of 735 feet (above mean sea level) since 2013. In the past two years, the peak water level was 10 feet and 13 feet lower, respectively.

At Jijh village in Panna district, a little distance from the Ken river, Rammohan Tripathi was planting onions on three acres of land leased. He was taking a risk because tube wells in the vicinity had dried up. The urad (black gram) and til (sesame) he had sown in the kharif season had come a cropper. ‘People are not going hungry, but more people are leaving for cities. This year there is greater majbhoori (compulsion),’ he said.