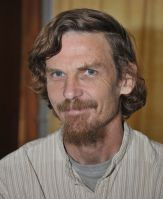 Recent reports from Bundelkhand, or rather from the side of Bundelkhand that lies in Uttar Pradesh, are most alarming. A rapid survey conducted by Swaraj Abhiyan, under the leadership of Yogendra Yadav, found evidence of famine-like conditions developing in the area. To illustrate, 38% of the sample villages reported at least one death due to starvation or malnutrition in the preceding eight months.

Among poor families, barely half had eaten any pulses during the last 30 days, and less than half had been able to give some milk to their children. Large numbers of people were found to survive by gleaning or eating wild foods. Followup enquiries by independent journalists confirm this grim state of affairs.

This survival crisis has a lot of to do with UP’s failure to implement the National Food Security Act (NFSA) in good time. Had NFSA been operational in Bundelkhand, more than 80% of the rural population would be covered under an improved Public Distribution System (PDS). The minimum PDS entitlement under the Act consists of 5 kg of foodgrains per person per month at a symbolic price. This is roughly half of an average person’s foodgrain requirements. It is not much. But in a drought situation, even this minimum entitlement can go a long way in averting hunger.

Alas, more than two years after NFSA was enacted, UP is yet to complete the groundwork – identification of eligible households, distribution of new ration cards and so on. Meanwhile PDS coverage is confined to the old “BPL” (below poverty line) list, which is notoriously restrictive, unreliable and outdated.

According to official data, less than one-fourth of all UP households have a BPL card (or an Antyodaya card, meant for the poorest of the poor). Further, BPL cards are often appropriated by relatively well-off households. The Swaraj Abhiyan survey found that a majority of poor households in Bundelkhand did not have a BPL or Antyodaya card. No wonder many of them are starving.

Interestingly, we are not hearing similar reports from the Madhya Pradesh side of Bundelkhand, where NFSA is being implemented. Quite likely, people’s living conditions there are also grim. But most of them, hopefully, are not exposed to the horror of prolonged hunger. A recent survey of the PDS in two districts of MP (outside Bundelkhand) found that the system had greatly improved after NFSA was rolled out.

This is not the first time that UP fares poorly in this regard. Its PDS has been in bad shape for many years. In the old days, most of the PDS grain was diverted to the open market by corrupt dealers. In recent years, leakages in the BPL and Antyodaya quotas have substantially declined: in a survey conducted in 2011, we found that BPL households in UP were getting more than 80% of their entitlements. But the APL (“above poverty line”) quota continues to be diverted with abandon. The implementation of NFSA is an opportunity to phase out the APL quota and end this scam.

Let me end with a few general remarks on food security and drought relief in rural India. First, there is an urgent need for renewed attention to the National Food Security Act. Somehow, the Act has been out of focus in recent months, despite its critical importance for poor households. The Act is being rolled out right now in many of India’s poorer states (including Jharkhand, Odisha and West Bengal) – the success of these efforts requires active support from the central government and sustained vigilance from the media, social movements and political parties.

Second, the nature of India’s drought relief system has changed. The system used to rely mainly on large-scale, ad hoc relief works. Today, use can also be made of the permanent infrastructure of food security that has been developed in recent years, including PDS as well as midday meals and the Integrated Child Development Services (ICDS). For instance, it would be easy to expand PDS entitlements in drought-affected areas, or provide for improved midday meals in schools and anganwadis.

Third, no matter how well these new opportunities are used, relief works retain their importance. There is a tendency to count on the National Rural Employment Guarantee Act (Nrega) for this purpose. As things stand, however, Nrega is not a very effective tool of drought relief.