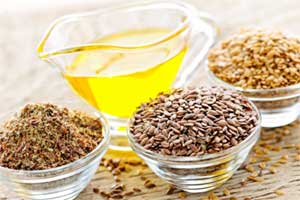 Bundelkhand conjures up a picture of poverty and backwardness in the minds of people. The region has also lagged behind agriculturally due to its typical geographical terrain and climatic conditions.

The Uttar Pradesh part of Bundelkhand comprises seven districts: Jalaun, Jhansi, Lalitpur, Hamirpur, Mahoba, Banda and Chitrakoot. It produces rabi crops like chana (gram), masur (lentil) and matar (pea) in large quantities. The cropped area during the rabi (winter-spring) season is around 18.50 lakh hectares (lh). But the fact that the corresponding area in kharif (summer-monsoon) has hovered just around 9 lh has meant farmers are largely dependent on a single harvest.

Low planting during kharif is primarily attributed to Anna Pratha, a traditional system under which people leave their cattle unfettered to graze in others’ fields, making farmers less inclined to sow their lands. This does not, however, happen in the rabi season, when farmers keep their cattle at home.

To understand this, one must also appreciate the peculiar circumstances prevailing in Bundelkhand. Firstly, this region has traditionally been rainfed and suffers from shortage of water. Due to the vagaries of monsoon, the farmers generally leave their fields fallow during kharif and cultivate the main rabi crop using the residual moisture. Secondly, the average landholding size here has tended to be larger compared to other parts of UP. Farmers could, therefore, make do with even one good crop. Thirdly, being rainfed made the area also prone to fodder shortages during the summer season, leading farmers to leave cattle free to survive on whatever came their way in the fields. This became an accepted practice and farmers stopped sowing during the kharif season. Such vast lands remaining un-cropped were, of course, a national wastage for the country.

The above situation has, however, changed in recent times. With increase in population levels, average landholding sizes have come down significantly in this region also. Besides, the last two rabi seasons of 2014 and 2015 have seen unseasonal rains and hailstorm, causing severe losses to farmers. Although crop insurance covers 15 per cent of Bundelkhand’s farmers, thrice the state’s average, it is still far too small. Given their dependence on rabi proceeds, consecutive crop failures were a big jolt for the region’s farmers. They now desperately sought a source of additional income.

This is where the UP government stepped in with a policy announcement. Recognising the potential for cultivation of til (sesame) in Bundelkhand during kharif, the subsidy on its seeds was increased from Rs 20/kg to Rs 100/kg. The decision to promote sesame was taken consciously, considering that the cattle do not eat this crop. Sesame seed was procured in large quantities to be distributed among farmers and an aggressive campaign to boost acreages during this kharif season was launched, involving departmental officers, NGOs, district and divisional officers and all others concerned.

The results have been extremely encouraging. As compared to kharif 2014, an additional 2 lh has been cultivated in Bundelkhand this year; the area under sesame alone has gone up from 2.25 to 3.5 lh. The premise that if farmers are able to get proper return from their crop, they will plant irrespective of Anna Pratha, has turned out to be correct! This has been made possible with the active intervention of local administration. Farmers were particularly thankful to the administration for imposing restrictions on those who leave their cattle unfettered to graze in others’ fields. All this has resulted in increased coverage — visible from the kilometres and kilometres of sesame on both sides along the Orai-Jhansi highway. Fodder for cattle is, no doubt, a crucial issue that needs addressing. But if the farmer has the purchasing power, he can very well procure his fodder requirement from the market.

The economics of sesame cultivation is equally revealing. It is a crop ideal for rainfed areas. As an indigenous oilseed used in preparation of sweets from gajak, rewari and ladoos to tilkut, there is no dearth of a market for it either. Sesame fetches a better price for farmers than other oilseeds: Farmers are today getting around Rs 7,000 per quintal, which is more than the government’s minimum support price of Rs 4,700 for the crop.