Global mining giant Rio Tinto plans to produce up to three million carats of diamonds annually from its Bunder deposit, in Madhya Pradesh's Bundelkhand region. This would be the first diamond discovery in India in more than four decades. 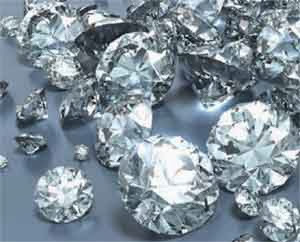 The mine is likely to yield 37 million tonnes of kimberlite, containing about 27.4 million carats of diamonds and has a life of 25 years.

When commissioned, the $500-million project, Rio Tinto's first in India, will catapult Madhya Pradesh into a select group of top-10 diamond-producing regions of the world. The company has managed to successfully pass the initial two stages of mine development - reconnaissance and prospecting - since it started work on the project in 2002.

For Rio Tinto, the road to starting its prime diamond-mining project in Madhya Pradesh runs through an area where monkeys and tigers roam. The world's second-biggest mining company expects production from the Bunder (monkey in Hindi) project to begin in 2019. Environmentalists are raising concerns over threat to a tiger corridor over 100 km away.

As part of the third and final stage, the state government had last year awarded a letter of intent (LoI) to the Anglo-Australian firm for mining in the area. However, for the LoI to be converted into a formal mining lease, the company has to secure environment and forest clearances and get a mining plan approved.