Study on Bundelkhand of Planning Commission: Introduction - People and Administration

Study on Bundelkhand of Planning Commission: Introduction - People and Administration

Bhopal, almost in the middle of the Central and Western parts of the state, is the capital of MP.The districts, under study, namely Datia, Chhatarpur, Tikamgarh, Panna and Satna have their headquarters of the same name. The state is divided into 12 administrative divisions 45 districts, 317 tehsils and 459 development blocks. The 12 administrative divisions of the state are - Chambal, Gwalior, Sagar, Rewa, Ujjain, Indore, Bhopal, Hoshangabad, Jabalpur, Bilaspur, Raipur and Bastar. While district Datia forms the part of Gwalior division, districts Tikamgarh, Chhatarpur and Panna are the parts of Sagar division. District Satna is the part of Rewa division. 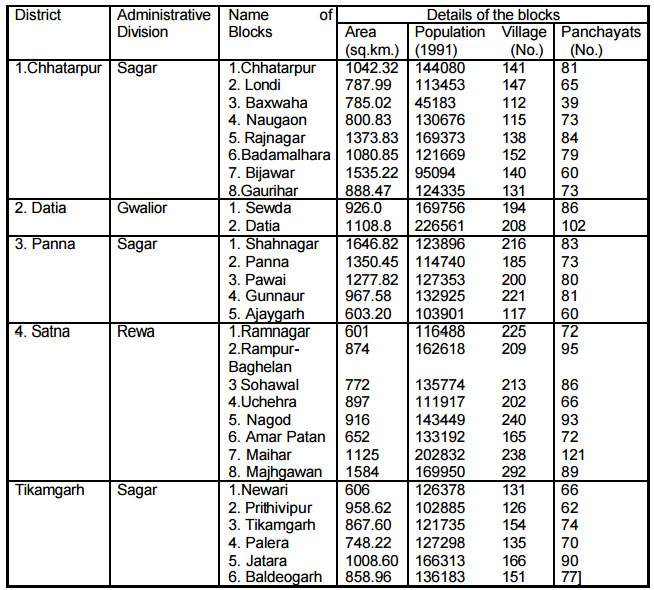