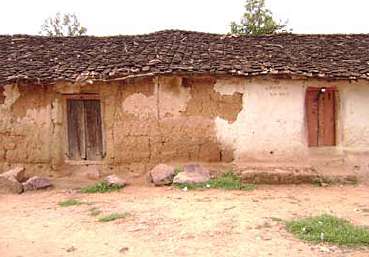 The wounds of Bundelkhand in north-eastern Madhya Pradesh are deepening, as dryness is entering into the eyes of the local peoples. Drought here is becoming regular, but efforts of very shallow level are being made to find solutions to the fresh crisis facing the region. There is no interest in identifying structural causes of drought. There is a need to debate the fundamental reasons in a historic framework first; singing of problems of Bundelkhand drought will not work. Seeking of answer on question – that what turned from a region with golden past to continuous drought situation – may be the real effort.

In Niwadi block of Tikamgarh district of the region, 343 farmers (they hold 10 to 15 acre land) have soled out their agriculture land and purchased auto rikshaws in last 2 years. They found it a better and useful livelihood then farming!! Let us know about small and marginal farmers, 151 families of Dewri village in Tikamgarh district, purchased seeds and fertilizer in credit, but crop failed and resulted in the emergence of debt of 17.80 lakh rupees, in situation where they have options to pay it back. Now 90 persons of these families have migrated to Ahemdabad, Chittorgarh and Delhi in search of hope. Small farmers (174) did not get and structural support for farming and now in the clichés of debt, as input cost of agriculture is on increase like anything. Shockingly now families of Bundelkhand have started thinking about permanent migration, 3 in Dewri Nayak, 3 in Bahera and 4 in Namapura have done so since 2007-08. Villagers want to make plan for the revival of environmental cycle, forest and water structures but the problem is present state does not want them to exercise their own right to plan for holistic development.

The proximity of the region to nature is showcased by fact that most of the villages in the region are named after trees (Jamunia, Imlai), water bodies (Kuan, Semartaal), animals (Baghdabri, Hathisara, Magarguha, Jhinguri, Hiranpuri), birds and other natural elements including sound effects at particular spots. But askew development policies have turned the region into one of the driest areas. The capitalist and over exploitation of natural resources has led to massive negative impact on agriculture and climatic cycle. In last ten years, the agriculture production has gone down by 55 percent and the productivity of land has reduced by 21 percent. The policies and plans for the damage control are yet to be dreamed by the politics and society in and for the region.

Renowned environmentalist Anupam Mishr writes that whenever the local panchayats in Bundelkhand thought of punishing a member for any serious crime, the accused would be asked to dig up a pond, as the purpose used to be creative towards to needs and society. Bundelkhand gets rains less then 950 mm every year, owing to which there is perpetual crisis of water and so traditional crops that require less water were promoted here by the social policy leaders. But after independence Governments and a class of farmers was influenced to choose water-fed cash crops like soybean and cotton for maximizing their profit. In last 25 years, due to promotion of cash crops, changing agri-cycle, degradation of forest, over exploitation of ground water and damage to traditional water bodies led to drying up of natural land moisture, water was pumped out from ground using tube wells leading to drying up of natural water sources. Now the water level for tube-wells has gone down up to the 600 to 750 feets in the region.

As per the Central Ground Water Board, water level in wells of Bundelkhand is decreasing continuously and every year the level is depleting by 2 to 4 meters. On other hand only 15000 million cubic meter (mcm) water of the total 70000 mcm water received through rains get recharged into ground . The systems for water protection and structures, that uses surface water, have been demolished in systematic manner for the sake of personal interests. It is worth mentioning that only 129 out of 1640 beautifully constructed big and medium water bodies of Bundelkhand are alive, others are struggling for survival, have no water but full of silt now. Most of them have lost themselves in illegal encroachment by the influentials.

Now drought situation is staring at face of the country and 246 out of 604 districts are in drought now, is it an avoidable fact that all 6 Bundelkhand (in MP) districts are in it, facing 7th year drought in last 9 years? And state government is in a process to approve 6 cement industries, 3 water processing industries, and mineral mines, these dangerous policy measures will leave no space for the survival of future generations. It is painful to note that Madhya Pradesh Government believes that drought can be mitigated through this kind of industrialization, those will suck the water from the bottom to top and will increase green house gases emission by 3 percent.

Madhya Pradesh Government has designed Rs. 4200 crore subsidies for the industries but it gives only 120 crore as relief to the 278 thousand indebted farmer families.