MGNREGA vs Future of Agriculture: A Study on Bundelkhand Region

MGNREGA vs Future of Agriculture 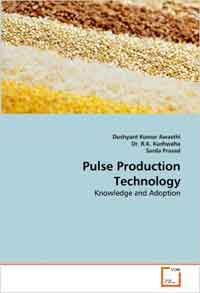 Condition of housing in Bundelkhand region of UP and MP by Dr. Sarda Prasad

​Condition of housing in Bundelkhand region of UP and MP by Dr. Sarda Prasad 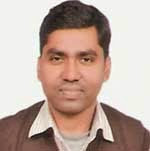 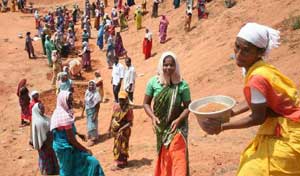 MGNREGA is a right based approach for citizen of India. It gives right to work for livelihood. It has both positive and negative impacts in agriculture. Recently government has announced that NREGA should link with agriculture that is need of hours. It is necessary to regularised NREGA for better and efficient use of it in agriculture. This paper explain how government and farmers should work together for sustainable agriculture. The main objective of this article to link NREGA and agriculture with the consent of labour and farmers. This paper try to solve the present problems arises due to NREGA in agriculture sector. Discussion in paper is based on primary survey and observations from fields collected during May to August 2011 in Bundelkhand region, Uttar Pradesh.

NDA government has come in power with various developmental schemes. Government seeks to link NREGS to agriculture that is new rays of hope for labours and farmers. These two active agents of agriculture can fill the gap between supply and demand of food in India. Due to bright light effects of urban areas, new generation is not interested to work in agriculture as they seems it is labourious and low status job. It indicates labour shortage in agriculture in the future. Mechanization is an alternate of labour but it has some limitations such as high cost of machineries, small landholdings, and high cost of maintenance during offseason. Food producers are decreasing day by day and consumers has increasing in higher rate, resultant of this increase prices of food items. In this grim situation government has given positive indication towards agriculture sector by proposing MGNREGA link to agriculture. We would be grateful if it is success. But, how NREGA links with agriculture is a matter of debate. We have some ideas on this issue are discussing forth.

MGNREGA workers should be available for agriculture work in the farmers’ field. MGNREGA has positive and negative impacts on agriculture and rural households as on one hand earning of the labour/small farmers fromMGNREGA are being used in agriculture and household expenditure and on the other it is responsible for the increasing wage rate in agriculture. MGNREGA gives equal opportunity to men and women in terms of work and wage rates. Women are happy with MGNREGA because of on time payment of wages, whereas in agriculture they get lower wages than men (Sivanandan, 2012). It has improved rural socio-economic conditions amonglandless and marginal farmers, as well as improved environmental related components. These components are water and soil conservation (Tiwari, et al.,2011). Villages were using 75 per cent of their earnings from MGNREGA in improving irrigation and infrastructural facilities and have therefore increase land rent. Card holders have used their money to introduce chemical fertilizers and machinery in their fields. The National Rural Employment Guarantee Act (now Mahatma Gandhi NREGA) was launched in 2005-06 for rural poor to provide 100 days of public works in 200 districts, and in 2008 all the districts of the country were covered under MGNREGA in three phases. Under this scheme a below poverty line (BPL) household head has one job card for 100 days in a year. This developmental programmehas played a major role in the rural areas and has led toincreased household income, empowerment of women through wage rates equal to their male counterparts, independence of labour from land owners for survival and given labour the right to job. If a job card holder is unable to get work within 15 days, the state government is entitled to pay unemployment allowance to the card holders.

The goals of MGNREGA are to providesocial protection to the most vulnerable people living in rural India;livelihood security for the poor through creation of durable assets, improve, water security, soil conservation and increased land productivity; drought-proofing and flood management in rural India; empowerment of the socially disadvantaged, especially women, scheduled castes and schedules tribes, through the processes of a rights-based legislation; strengthening decentralised, participatory planning through convergence of various anti-poverty and livelihoods initiatives; deepening democracy at the grass-roots by strengthening Panchayati Raj Institutions; andeffecting greater transparency and accountability in governance. These goals are thus indirectly related to agriculture.